FOR ALL THE CAFFEINE LOVERS 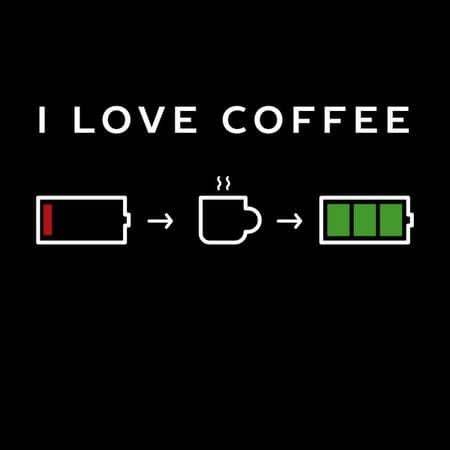 We had a blast at this years Arnold Expo in Columbus Ohio!

We got a chance to listen to the governator himself talk about the discipline he had developed during his bodybuilding success. The discipline is in when we create goals, plan out steps to achive them and follow through those plans, even if it means sacrificing some things to achieve those goals. That same discipline can transfer into other aspects of our lives where it can help to create better habits in whatever we set out to do.

When we visited the actual expo and scoped out the newest supplements and products we noticed caffeine being a bigger trend in the supplement industry.

We all know caffeine’s enormous effect and value in pre-workouts, but we also noticed added caffeine in peanut flour, protein cookies and bars, peanut butter and energy drinks.

I wanted to do some more research on caffeine, its effects and benefits as a powerful workout stimulant and also learn what other caffeine types these supplements included – there are quite a few varieties! Many of them are used in Pre-Workouts, Fat Burners, Endurance Gels, and Sports Electrolyte Drinks.

Most of us rely on coffee beans or tea leaves for an energy boost first thing in the morning or sometimes in the afternoon. A cup of coffee has about 80-100 mg of caffeine and its effects can last up to 6 hours, with a downside of getting a caffeine crash which will push you to go for that extra cup later on in the day. It can take about 40-60 minutes for coffee to be absorbed to feel the alertness from the caffeine itself. The great thing about natural caffeine is its high antioxidant level and the opportunity to choose between a variety of different roasts and flavors.

Recently gaining more popularity in the fitness industry is Caffeine Citrate because it can raise caffeine blood levels faster than other caffeine sources, so you’ll feel the effects almost immediately. The only draw back is that you need double the dose to get the same amount of caffeine per serving. For example 20mg of caffeine citrate has only 10mg of active caffeine. Most athletes will stack caffeine citrate with another form of caffeine to get a high potency of caffeine, and fast.

This is the most widely used type of caffeine in the fitness industry because its the cheapest one, and is one of the most concentrated forms of caffeine. Once ingested, you can feel its effects within 15 -45 minutes. It’s used in many pre-workouts and fat burners because of its high caffeine content and quick absorption rate. You can find tablets with 200mg of caffeine per serving.

A combination of malic acid and caffeine – it increases focus and energy. Some caffeine sources such as coffee beans or caffeine anhydrous can cause some digestive distress, dicaffeine malate is known to help calm an upset stomach and help reduce the “caffeine crash”.

Similar to natural caffeine in that it has powerful antioxidants and helps to improve alertness, without the post caffeine crash! Studies show you may need less of these type of caffeine to achieve the same effect than from different caffeine sources.

Caffeine is so widely used, whether you need a “pick me up” drink, or taking it as a supplement to boost endurance and workout fatigue. There’s no best supplement out there, you still have to sleep enough, workout smart, eat healthy, stay hydrated and figure out what type of caffeine works best for you when you need that extra boost of energy.