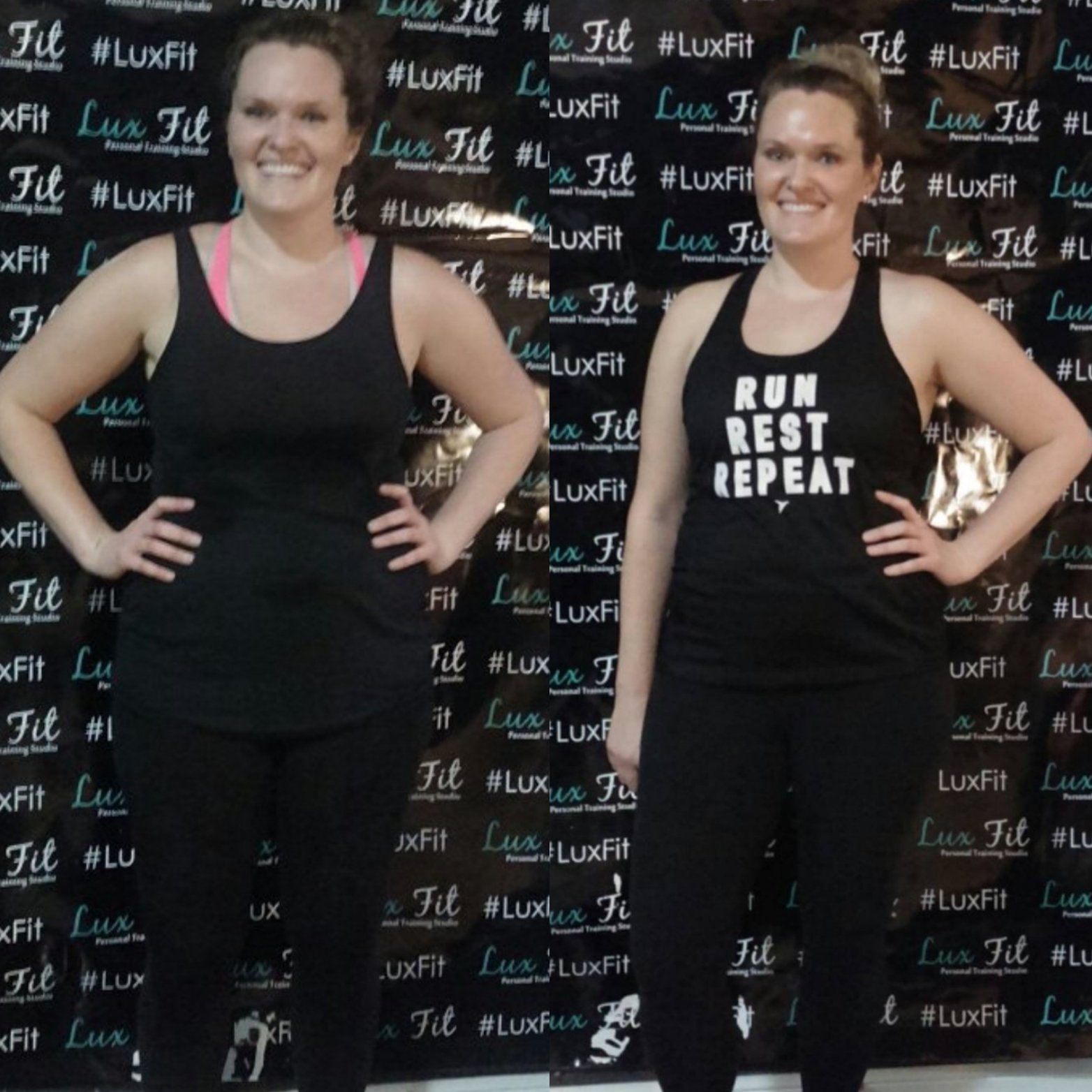 I first contacted Claudia for personal training when I realized I was at the most unhealthiest point of my life.  A little about me!  I had been fit all of my life.  Very involved in sports – track, cross country, basketball… and more recently races – 5k, 10k and half marathons.  I thrived on competition as a huge motivator. I have a 10 year old son and have been with my boyfriend for going on 8 years… these boys have completed my life.  4 years ago I was hospitalized for due to a viral attack on my pericardium (the sack around the heart) which caused shortness of breath and chest pain.  I was in full training for a half marathon – with just a month to go before the race.  It was one of those freakish things that you’d never expect to happen.  I had finished a routine training run and couldn’t seem to catch my breath.  I was having pain in my back between my shoulder blades… I thought I had strained myself somehow.  I had a perfect bill of health, normal low bp and a low resting heart rate… doctors didn’t know how I could have ended up with this.  I was out of commission for three full weeks and several months before I was cleared by the Cardiologist.  After six months of medications and finally getting fired by my Cardiologist, I started to run again.  The following year I had to have knee surgery as I had tears in both medial and lateral meniscus.  My knee was unable to handle the constant pressure of running.  I had gone to physio, tried to train on my own… nothing was working – I gave up.  Over the last year I had gained so much weight.  I was so depressed and disappointed in what I had let happen and I felt as though I had lost myself completely.  34 and I had given up.  Fast forward to October 2017- I emailed Claudia and we met for the first time.   Claudia gave me the push I needed and has helped me change my life. I signed up for 12 sessions and went 2 times a week for weight training and coaching and commit to running 2-3 days outside.  Claudia set me up with a strict but totally easy to follow meal plan.  I now go to the gym with my boyfriend 2-3 times each week and work on muscle conditioning (using the plan from Claudia) as well as 2-3 days of long distance running.  I have now lost 15 lbs, many inches and gained so much lean muscle since I started my journey in October!!  I feel like I’m back in control and I am excited to see where I go from here!